Those people who share their lives with pets frequently have stories about their pet’s seemingly uncanny sense for when their humans are due home from work and school, when pet food will be served, when the postal carrier is due, or when human dinner will be prepared.  Well, it has not been your imagination. Using ingenious methods in a new scientific study researchers have discovered a previously unknown set of neurons that turn on like a clock when an animal is waiting.

Are you taking your time when feeding your pet? Fluffy and Fido are on to you — and they can tell when you are dawdling. 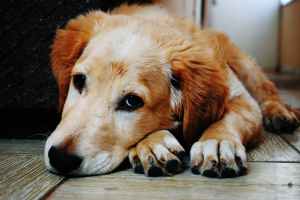 A new study from Northwestern University has found some of the clearest evidence yet that animals can judge time. By examining the brain’s medial entorhinal cortex, the researchers discovered a previously unknown set of neurons that turn on like a clock when an animal is waiting.

The research team focused on the medial entorhinal cortex, an area located in the brain’s temporal lobe that is associated with memory and navigation. Because that part of the brain encodes spatial information in episodic memories, it was hypothesized that the area could also be responsible for encoding time.

“Every memory is a bit different.  But there are two central features to all episodic memories: space and time. They always happen in a particular environment and are always structured in time.”  -Dr. James Heys, postdoctoral fellow and researcher

To test their hypothesis, the researchers set up an experiment called the virtual “door stop” task. In the experiment, a mouse runs on a physical treadmill in a virtual reality environment. The mouse learns to run down a hallway to a door that is located about halfway down the track. After six seconds, the door opens, allowing the mouse to continue down the hallway to receive its reward.

After running several training sessions, researchers made the door invisible in the virtual reality scene. In the new scenario, the mouse still knew where the now-invisible “door” was located based on the floor’s changing textures. And it still waited six seconds at the “door” before abruptly racing down the track to collect its reward.

“The important point here is that the mouse doesn’t know when the door is open or closed because it’s invisible.  The only way he can solve this task efficiently is by using his brain’s internal sense of time.”  -Dr. James Heys, postdoctoral fellow and researcher

But the research team did more than watch the mice complete the door stop task over and over again. They took the experiment one step further by imaging the mice’s brain activity. Using two-photon microscopy, which allows advanced, high-resolution imaging of the brain the scientists watched the mice’s neurons fire.

“As the animals run along the track and get to the invisible door, we see the cells firing that control spatial encoding. Then, when the animal stops at the door, we see those cells turned off and a new set of cells turn on. This was a big surprise and a new discovery.”  -Dr. Daniel Dombeck, researcher

The researchers noted these “timing cells” did not fire during active running — only during rest.

“Not only are the cells active during rest, but they actually encode how much time the animal has been resting.”   -Dr. Daniel Dombeck, researcher

“Does your dog know that it took you twice as long to get its food as it took yesterday? There wasn’t a good answer for that before. This is one of the most convincing experiments to show that animals really do have an explicit representation of time in their brains when they are challenged to measure a time interval.”   -Dr. Daniel Dombeck, researcher